It Begins With a Thought 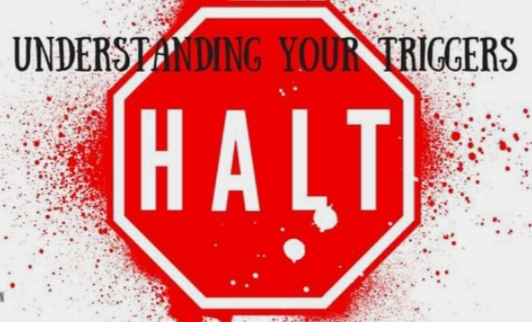 It has been said that the quality of life is a product of our decisions.

I know that there are exceptions to every rule.

I know that sometimes bad things happen to us that we had absolutely nothing to do with…..I get it.

But generally speaking, LIFE is driven by our DECISIONS.

Did you know that our DECISIONS are driven by our EMOTION?

Stop and think about some of your better decisions.

What was going on emotionally?

You were probably in a pretty good place emotionally.

Now think about some of your more regrettable decisions.

Were you feeling down?

Maybe you felt like the whole world was against you?

Either way, to a large degree, your EMOTIONS drove those DECISIONS.

Did you know that THOUGHT drives EMOTION?

Whatever emotion you are sensing, it is driven by a thought.

Next time you are in a bad emotional spot……..stop and ask yourself, “What am I thinking?”

It’s probably something not very positive.

Next time you are in a good emotional spot……you are probably thinking good things.

DECISIONS produce reality in our LIVES.

Our life begins with our THOUGHTS!

Here is the thing about thoughts.

We get to pick those.

I am not talking about those fleeting, really weird things that float though our brains.

An old preacher said, “You can’t control which birds fly overhead. But you can make darn sure they don’t build a nest in your hair.”

We get to choose which thoughts we dwell on and let marinate in our souls.

2 Corinthians 10:5 says……take captive every thought to make it obedient to Christ.

Do you know why the Bible tells us to take every though captive?

The Bible does not say, “Jump, ye, off of buildings and flap thouest arms and fly”………

Because we are not equipped for the task.

But the Word DOES say…….

We can do that.

We can do that because we are equipped for it.

And the enemy knows it.

He doesn’t want you to know it, though.

He doesn’t want you to understand the power that you have inside you.

He doesn’t want you to realize that if the same power that raised Jesus from the dead is alive and well and working in you, then you are equipped to do the things the Word tells us.

1 Peter 5:8 encourages us to be sober and vigilant; because your adversary the devil walks about like a roaring lion, seeking whom he ‘may’ devour. (italics mine)

Roaming around devouring whoever he wants? Nope

Seeking who he ‘may’ devour.

So, what determines whether we are a May or a May Not?

Democrats or Republicans? (God help us all!)

I believe that it is our DECISIONS and our obedience to the Word that determine whether we are a May or May Not.

So, since our decisions are so critical, let’s step back and look at the process and A,B,C’s by which bad ones are made.

Something activates us and we react.

Somebody says something or does something that touches a button and we are triggered.

Before you know it, out of hurt, pain or frustration, we lash out and a bad decision has been made.

We react in these ways because, way down deep, there is a belief in us somewhere that justifies it.

Something has happened somewhere along the line of our life that causes us to justify these reactions.

Maybe someone influential said something to you as a kid and it stuck.

Maybe you had poor models growing up and you watched this cycle and believe that this is just what people do.

Maybe you have made an inner covenant and told yourself, “Nobody will EVER……..”

So now there is a belief in you that makes whatever the behavior is……‘ok’.

After having been activated and then reacting …………there is always a consequence.

Things are said that we regret.

Money is spent to try to make us feel better.

The idea here is before we are triggered next time, let’s look at the pattern of our behavior and ask the question,

“What am I believing that causes me to think that me behaving this way is ok?”

If we can identify that belief – which usually is centered around something that is not true – then we can DEFUSE this cycle of hurt and pain and bad consequences by speaking TRUTH to ourselves when have been agreeing with, and basing decisions, off of a lie!

As a quick aside: I am not picking on guys here. Stats show that a growing number of women struggle here as well. So this is an equal opportunity example.

What are you believing that makes viewing pornography ok?

“This has nothing to do with my spouse”

“This will effect nothing in my marriage”

“At least I’m not having an affair”

Many times, simply identifying these points of belief……shedding “light” on it –  and then telling ourselves the truth of the Word about the situation will often allow us to step back and not rush to our typical default reactions.

Lastly, when we are activated or triggered, there is typically one of 4 things going on in our lives:

If you are feeling triggered or activated, take a breath and HALT! Stop everything!

Go get something to eat.

Take a run or go to the gym and burn up some stress.

Are you feeling lonely?

Call someone and ask them to meet you for coffee.

You don’t have to repeat the same destructive cycle.

You can break it!

Make them obedient to the cross of Christ and it will change your life!

We use cookies on our website to give you the most relevant experience by remembering your preferences and repeat visits. By clicking “Accept All”, you consent to the use of ALL the cookies. However, you may visit "Cookie Settings" to provide a controlled consent.
Cookie SettingsAccept All
Manage consent

This website uses cookies to improve your experience while you navigate through the website. Out of these, the cookies that are categorized as necessary are stored on your browser as they are essential for the working of basic functionalities of the website. We also use third-party cookies that help us analyze and understand how you use this website. These cookies will be stored in your browser only with your consent. You also have the option to opt-out of these cookies. But opting out of some of these cookies may affect your browsing experience.
Necessary Always Enabled
Necessary cookies are absolutely essential for the website to function properly. This category only includes cookies that ensures basic functionalities and security features of the website. These cookies do not store any personal information.
Non-necessary
Any cookies that may not be particularly necessary for the website to function and is used specifically to collect user personal data via analytics, ads, other embedded contents are termed as non-necessary cookies. It is mandatory to procure user consent prior to running these cookies on your website.
SAVE & ACCEPT